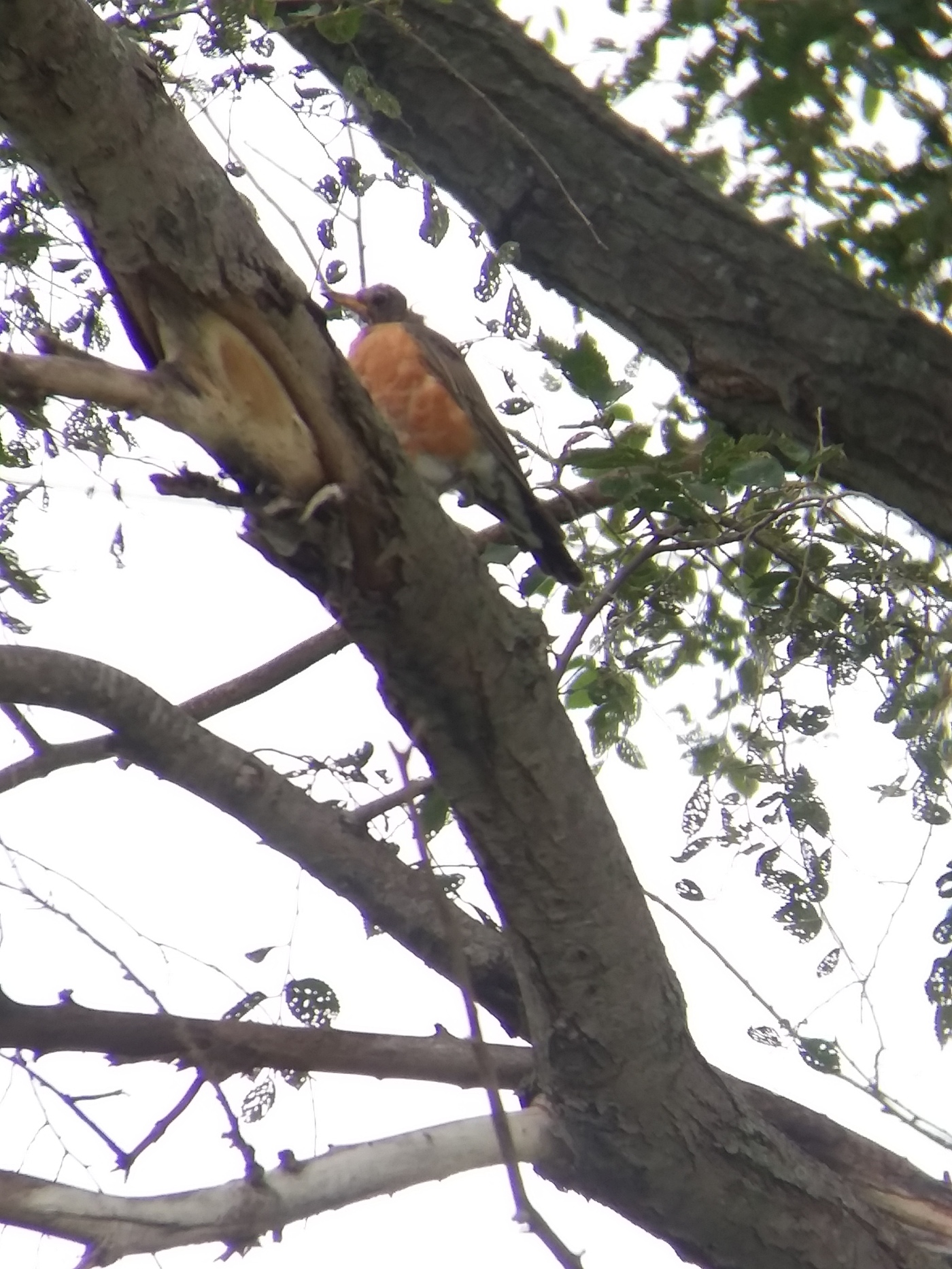 This past week I was able to assist my wife in running from Marysville, Kansas to Beatrice, Nebraska along a trail that runs along the Big Blue River. I help by stopping at the trailheads in towns that are about 6-8 miles apart by trail and waiting for her to show up and refill water or grab a small snack. This also allows me to get some birding done in places that I might not ever go to otherwise.

The birding was great throughout the day as she made her way further and further north, but the diversity I saw in Beatrice was nothing like what I was able to find at some of the other stops. What Beatrice lacked in diversity it more than made up for with the experiences that I shared with the birds that I saw, starting with a lone male American Kestrel.

Kestrels are my favorite North American raptor species due to their small size when compared to the ferocity that they display. This particular Kestrel seemed to be having a bit of fun at the expense of the European Starlings that filled the power-lines where it was perched. Every time that it would take off or return to its spot on the line, the Starlings would always scatter, afraid of what might happen if they didn’t. I watched this little dance for a while before deciding to move on.

Further down the path the Kestrel caught up to me but this time was perched atop one of the poles and seemed to be eating something. With a brave Northern Flicker sitting nearby I assumed that it wasn’t a bird the Kestrel was consuming and figured it to be an insect of some sort, dragonfly or grasshopper. Just before I moved on again I heard a cicada flying overhead and, when I looked up to see it, witnessed the Kestrel making a run at it. The cicada was able to dodge the bird, but I enjoyed having the opportunity to watch this tiny, beautiful predator in action.

As the trees along my path began to become more dense I noticed a few more birds, including the everyday American Robin. Not usually a bird that I might get too excited about, but I noticed something a little off about this particular bird. Upon further inspection through my binoculars I noticed that this bird was bald. Not bald in the sense of the Bald Eagle, but bald as in no feathers at all on its head. Unfortunately for this bird I caught it likely during a molt and at a point that was quite embarrassing. Also unfortunately for this bird, I was able to snap a photo.

Continuing my little bird walk, I got to witness a Red-eyed Vireo eating berries about three feet from me and at eye level (brave little bird), Northern Flickers performing a quick song and dance performance on the ground in front of me, and an injured Hackberry Emperor (butterfly) that allowed me to pick it up and proceeded to glean the salt from my hand.

Something to Think About

I have begun to read a book entitled, Inheritors of the Earth: How Nature is Thriving in an Age of Extinction, and in this book the author challenges the conventional views of conservation. One of the suggestions early on has really had me racking my brain about the ways in which we view conservation and maybe the ways in which we should be viewing it. Author Chris D. Thomas suggests that instead of trying to conserve things for the way in which they used to be, why not conserve the earth for the things that are to come?

After mulling this over for a few days now, I have decided to embrace this new way of thinking about conservation. As biologists or even just nature enthusiasts, we always say how we would like to see evolutions occur within our own lifetimes, but then we attempt to force nature to remain the way that we have learned it to have been in the past. We are never going to be able to revert the world back to the way that it used to be at any point in time in the past, so why not embrace this fact and learn to conserve nature the way that it is now and allow for the adaptations and evolutions to occur for the species that remain.

I’m not suggesting that we should let all of the endangered species die off, or that we shouldn’t do anything about climate change and other problems that we are currently facing, but what I am suggesting is that instead of trying to remove species that we have deemed “invasive” why not let nature do its thing and evolve to solve the problem in its own way, by evolving alongside the challenge. Let’s work on the things that we as humans can fix, like reducing greenhouse gasses and our dependence on fossil fuels, and stop using our time working towards goals that we are never going to reach.

One thought on “Wildlife at the Water Points”