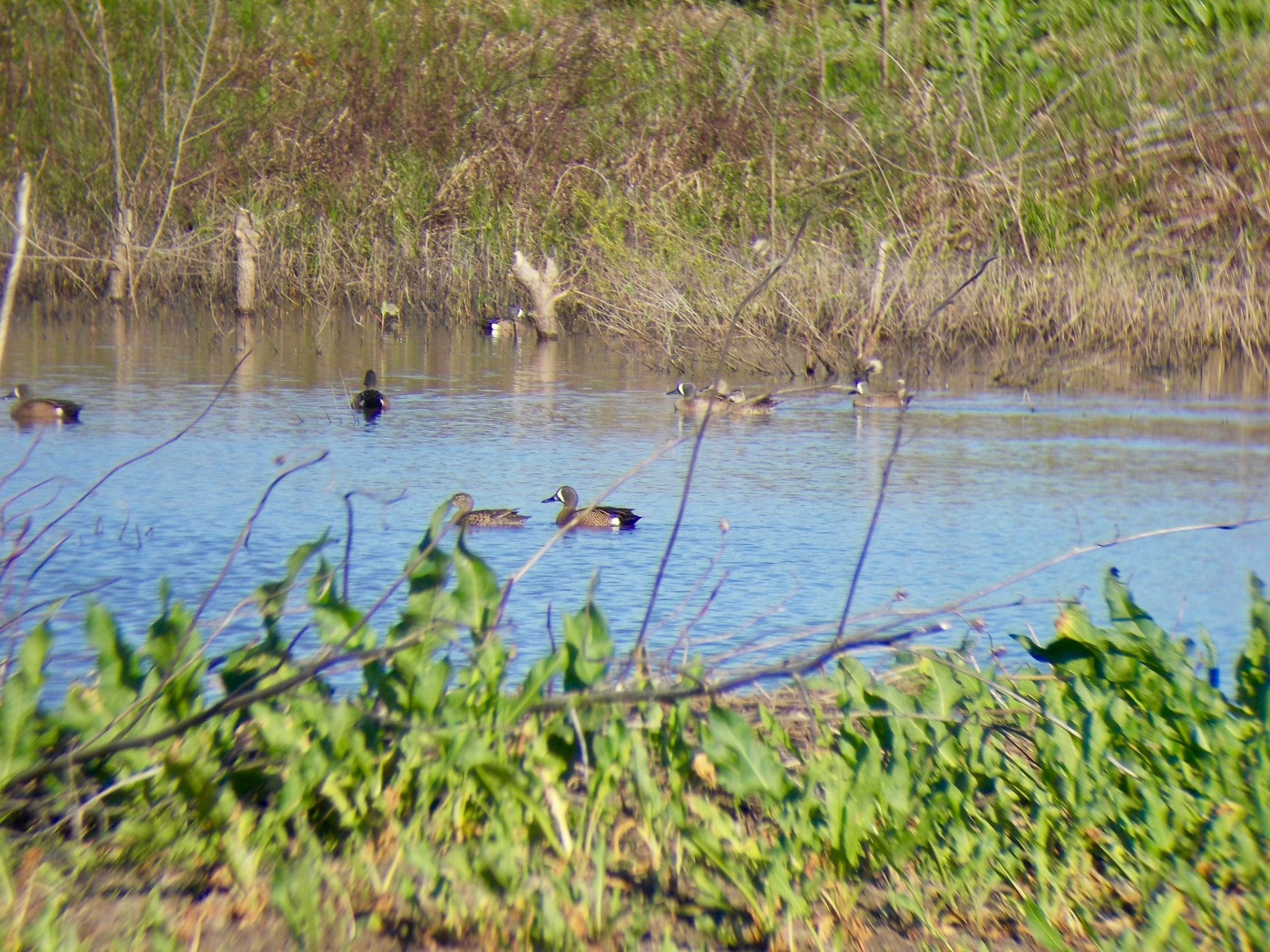 A Weekend Trip to the Flint Hills

For Easter weekend, my dad came down to Kansas for a visit. He arrived on Thursday night and I had quite the wildlife adventure planned for us. On Friday, we were to go to the Konza Prairie and view the bison. Saturday the plan was to do some turkey hunting, this is opening weekend for shotgun season, and then maybe attempt some fishing in the afternoon. Sunday being the day of rest, we planned to just relax before he made his way back to Iowa.

The plan for Friday changed slightly after going to the Good Friday men’s breakfast in Clay Center, KS. I figured, since we were in Clay Center already and I didn’t need to be in class until 11, why not stop at my favorite birding spot along the Republican River on our way to Manhattan? This couldn’t have been a more successful stopover. We saw/heard 18 species of birds, including a Pileated Woodpecker (Dryocopus pileatus), which my dad had never seen before.

Before making our way to campus, we stopped at a couple of wetland areas along the river. Again, well worth the extra time. At the Zach Hudec wetland area we saw lots of Blue-winged Teal (Spatula discors) and Northern Shovelers (Spatula clypeata), a rooster Ring-necked Pheasant (Phasianus colchicus), and a few Wild Turkeys (Meleagris gallopavo). My dad is a fan of game birds so this was a good time for him. We then stopped at the Sugar Bowl wetland area where we saw even more Teal, American Coots (Fulica americana), and a Pied-billed Grebe (Podilymbus podiceps).

Finally deciding that we had pushed our time as much as we could, we headed for Manhattan. The instructor for my class never showed up, freeing up a little extra time for my dad and I to get lunch (and some Call Hall ice cream) and head out to the Konza Prairie.

One of the Bison (Bison bison) had just had a calf the Tuesday before and we were hoping to find it. Baby Bison are bright orange, but not for too long. Unfortunately we were not successful in finding the young calf, but Bison never disappoint. At one point, we were so focused on one group of Bison that we missed another that was right next to the car! And we were outside the vehicle!

After getting our Bison fill, we had a little extra time to walk a portion of the nature trail. This is the portion of the preserve that is open to the public. Not too far up the trail my dad spotted what he thought was a toad. Upon closer inspection, it was a Texas Horned Lizard (Phrynosoma cornutum). This was the first lizard that I had ever seen in Kansas. We got another 14 species of birds as we walked the trail and I even got a few pictures of some Eastern Meadowlarks (Sturnella magna). Near the top of the hill, we thought we saw another horned lizard, but soon found that it was an Eastern Collared Lizard (Crotaphytus collaris). My first two lizard species all in one day.

Saturday’s turkey hunt didn’t go so well and neither did fishing, but overall I think that we had a pretty good weekend viewing the wildlife of the Flint Hills Region of Kansas. This state has so much to offer if you take the time to appreciate everything around you, but not everyone gets the opportunity to see it.

Journals of a Naturalist Podcast